Inkanima and Metsa Wesna were a medicine couple that lived in Paoyhan (Shipibo comunity of the Ucayali river region) around the time period of 1920-2000. This pictures are the only ones that could be recovered.

In the community of Paoyhan they were conducting a very simple life. Inkanima was a fisherman and also was working in his field growing bananas yucca etc. Metsa Wesna was mainly taking care of the four children and grandchildren and as all Shipibo mothers she was also creating traditional embroiled textiles.

The community of Paoyhan did and still does not have electricity and running water so the life style was very simple and very in tune with mother nature. The all community it was and still it is completely dependent on the river for fishes and water and on plants for food and healing. In fact, no doctor is present in the community and for many pathologies and disease the people still rely on traditional plant medicine. Paoyhan is also the community that  bear the higher number of curanderos family lineage and among them there are the most prestigious names. 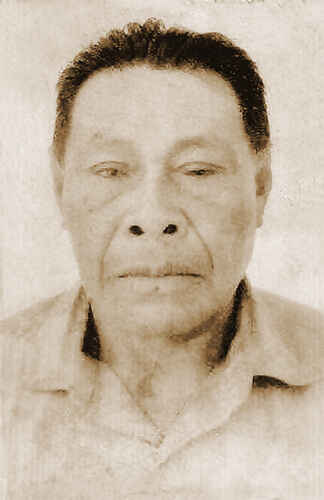 Inkanima studied plant medicine all of his life. He has dieted for years years many plants among them also the legendary tree Noia Rao (Flying tree).

He attained the highest level of mastership called Moraya, awakened master, immortal teacher, with high degree of wisdom and powers. He was also a very powerful healer (Onaya) and healed in his life many people also coming form very far looking for him and his healing. He used to say that to heal you need to love with all your heart.
He was the hightest and most experienced and respected healer of the Shipibo community Paoyhan

Last but not least he was a really great teacher too and some of his apprentices became some of the most powerful, famous and influenced Shipibo healer of Peru.

Another amazing information about Inkanima is that he was fluent not only in Shipibo and Spanish but also in Quechua! This is like a mystery considering that he basically never leaved Paoyhan! 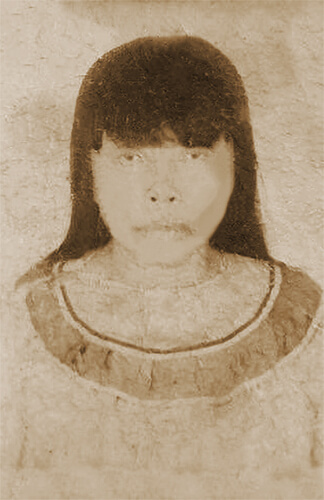 Ronin Wesna was helping him in ceremonies and assisting in the healing. She was spiritually guided by Inkanima. As a Medicine couple, the medicine within them was shared,  they were like one body, one mind and soul. Ronin Wesna was full of love and joy and she walked the medicine path always next to Inaknima.

Still they are together in the spirit world guiding us. 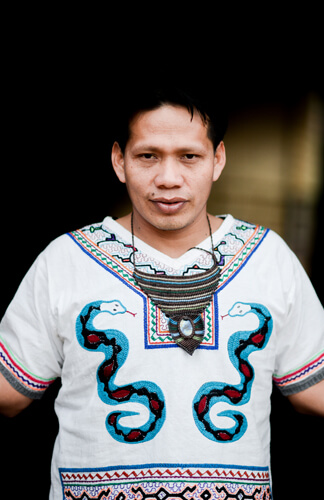 Inkanima (Sergio Castro Maldonado) was born 1985 in the Shipibo community of Pahoyan, Peru.

He was born with the ability of consciously traveling dimensions. In his childhood he couldn’t control this gift properly and many time he was found lying on the ground unable to move while at the same time he was astral traveling.

The relationship between Sergio and his grandfather is still very strong, his grandfather in fact keeps watching over and guiding Sergio on the medicine path although he has already physically disincarnated many years ago.

After his grandfather passed away he came again in a ceremony to Sergio and transmitted his ‘Don’, which is his ancestral knowledge, power and wisdom and as well his name Inkanima to his grandson, who now bears the name Inkanima and all its power. Since then Sergio dieted many plants and keeps dieting regularly.

In his life he had been through many difficult and very harsh experiences. He managed to heal the traumas and overcome every situation thanks to his strength and thanks to the help of the medicine. This together makes Inkanima (junior) a very strong healer and spiritual teacher (Onany and Moraya). He is working from a very deep loving heart space and he has a very ancient and deep knowledge of the Shipibo herbalist art. 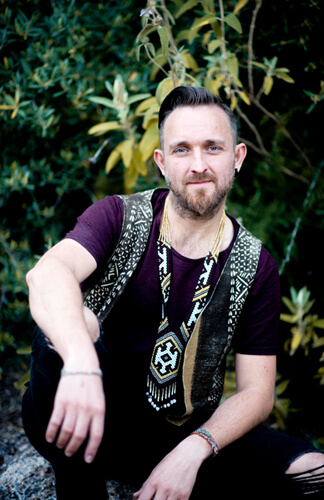 Sanken Tsoma (Markus, born 1979 in Germany) has been working intensively and regularly for several years with various types of plant medicine and shamanic techniques.

Since 2013 he is organizing together with Metsa Yaka retreats in various European countries.
In 2015 both foundet the School of Mysteries, which was the platform for their retreats until 2019.

During this time Sanken Tsoma was taught in shamanic diets by the teacher plants from the Amazon and Europe and from several indigenous teachers.
His teachers, who initiated him into their healing lineages, are the Shipibo Maestro Inkanima (from the Peruvian Amazon) and the Q’ero healer Don Eduardo Chura Apaza (from the Inca tradition of the Peruvian Andes).
After having the honor of receiving the former medicine name “Sanken Tsoma” of his teacher Inkanima, in 2017 Sanken Tsoma got permission from Inkanima and from Don Eduardo, to share his medicine work with the world.

Sanken Tsoma is connected to the Inkanima lineage and guided in his medicine work from the non physical world by the grandparents of this lineage abuelo Inkanima and abuela Ronin Wesna.

Since 2017 he lives in Andalusia / Spain, where he deepens his work with the plants.
In 2019 Sanken Tsoma and Metsa Yaka finally founded the association and non-profit-organization Visiones, which now forms the foundation of their work. 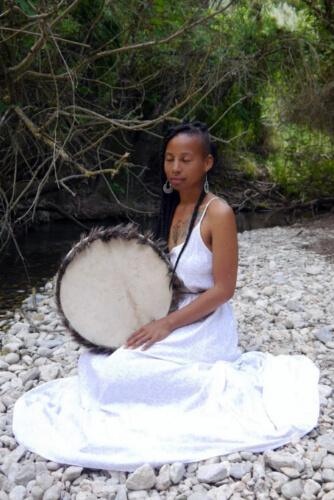 Metsa Yaka (Désirée Dior) was born in Germany in 1985. Since a very young age she felt drawn to the mystics of the Universe and started seeking for truth.

As she had her first Ayahuasca experience, she felt this old connection to the roam of the plants and went through an intense out of body initiation process to her path as medicine women.
The next years she went herself on a profound healing journey out of depressions and anxiety guided and supported by the sacred medicine.
In 2016 she became initiated by her teacher Inkanima (Sergio) in the Shipibo Conibo lineage of his grandparrents abuelo Inkanima and abuela Ronin Wesna. She received her medicine name Metsa Yaka (which is the name of Sergios mother and started studying in various Master Plants dietas.

A big part in her life is her very strong connection to the animal medicine. They have accompanied her, her whole life as loving friends and wise teachers.
She is strongly connected with the horse medicine and is studying with her dear friend and transformational horse wisperer, Larissa Simon, founder of Horse Inspiration Akadamie.

In 2017 she felt more and more called to the work with women, to support them on their very own way to liberation and deep connection within – the first Medicine Women´s Circle came to life.
A comittet inquiry practitioner herself with a strong intuition, she is holding a space of presence, clarity, love & allowance.

With her spiritual partner Sanken Tsoma she founded the non-profit-association Visiones.

This website uses cookies to improve your experience while you navigate through the website. Out of these, the cookies that are categorized as necessary are stored on your browser as they are essential for the working of basic functionalities of the website. We also use third-party cookies that help us analyze and understand how you use this website. These cookies will be stored in your browser only with your consent. You also have the option to opt-out of these cookies. But opting out of some of these cookies may affect your browsing experience.
Necessary Always Enabled
Necessary cookies are absolutely essential for the website to function properly. This category only includes cookies that ensures basic functionalities and security features of the website. These cookies do not store any personal information.
Non-necessary
Any cookies that may not be particularly necessary for the website to function and is used specifically to collect user personal data via analytics, ads, other embedded contents are termed as non-necessary cookies. It is mandatory to procure user consent prior to running these cookies on your website.
SAVE & ACCEPT